Home Featured Publications You are not the sum of your mistakes

For some this is a simple truth to digest, for others not so much. There are some people that have lived lives without shame or guilt. Yes, no one is perfect. They must have lied sometime, hurt someone a bit, were somewhat difficult as teenagers, yet, overall their lives have been pretty unremarkable. Unfortunately, that’s not the reality for a lot of people. Call it nature or nuture, their fates were sealed from the household they were born into, and filtered down to the environment they were exposed to. The result?

A life of regret and shame, with the weight of these emotions getting heavier with each passing day. Some people want rest from it but can’t, while others choose to live with it as a sort of personal penance. For others the guilt and shame is not of their own sin but an internalization and projection of the sins of another. Whatever category one fits into, the truth stands that ‘You Are Not The Sum of Your Mistakes’. It’s time to let go, so you can become the person you were BEFORE you accepted the daily self-mutilation. I have a story on guilt and shame to share:

She waited for him, her love. The house was just the way he liked it, and it smelt wonderful. He always complimented her décor, her style. He told her how comfortable and complete he felt when he was with her. A smile crossed her lips; every moment they shared in this house was imprinted on her heart. The way he smiled, the way he touched her, the way her body responded. He knew her and she knew him! No matter what the outside world might think she was his soul mate. The smile faded at the thought of the outside world. It didn’t matter…love couldn’t be wrong. A scene flashed through her mind… she couldn’t help herself, even as she knew she shouldn’t have spied on his family.

His wife was smaller than she had imagined her as she watched her push the little boy on the swing. He was a spitting image of his father, her love. At that moment the doorbell rang and the thought of him behind it drove the pang of guilt starting to form. She opened it and threw herself into his arms. “I couldn’t wait to see you,” he said huskily.

Exhausted yet content she laid beside him, glancing at his curly dark hair. Oh, he was so handsome, so strong. She heard it…footsteps outside her window. Anxious, she nudged him to wake up. “Someone…” She couldn’t finish as there were a series of loud bangs on her door. He sprung off the bed, as did she.

“Don’t open it,” he whispered.

“Was that fear she heard in his voice?” she wondered as she watched him throw on his clothes. The bangs were louder. Hurriedly she pulled on some clothes and rushed to the door. She opened it to a crowd of men and women. The look on their face said it all.

She was a vile human being who disgusted them. It was a familiar look, her father had it all the time.

They barged into her home and in the chaos of her mind she heard words like “Adulterer!” “Prostitute!” “Home breaker!” “Devil worshipper!” “Whore!” She looked around for her loved one and saw him at a corner talking to two men. She called for him with her eyes, surely, he will protect her. But he had his back to her. She died inside when she saw him head to the back door, flanked by the men. He never looked back.

She felt the pain as someone grabbed her arm, his fingers digging deep into her flesh. “Today you will meet your God,” he hissed. Did he know her? It sounded so personal.

They dragged her through the dirt street, her bare feet bloodied from the sharp stones cutting into them.  None of it mattered. The voices and images in her head were louder as her life passed like a screen in front of her.

Her knees hit the dirt so hard she grimaced. She didn’t need to look up to know she was kneeling in front of another preacher, a “righteous man.” So, this was to be her executor. Go figure. She waited for it. After all being a mouth-piece of God He will tell her exactly what God wanted to say, “she was worthless…a woman whose value is her virtue.” She waited. And waited. Hurry and say it! And waited. Then He spoke.

“Whoever has never sinned, be the first to stone her.”

She bent her head, wondering how painful death by stoning will be. I guess it would be like cutting, just 100 times all over. One after the other the shuffle of footsteps faded in the distance.

“Look at me,” the preacher said.

She obeyed. Maybe he wanted the sole pleasure of doing it himself. It happened so fast, the tears that ran down her cheeks… and for the first time since she was 12, she let it. He smiled, his eyes looking through her. The way he nodded she knew that he saw everything about her. His strong hands touched her chin and raised her head a little higher. It felt nothing like “her love.” This touch promised everything. The next words erased the images that had placed in her head and held to her heart.

“Has anyone condemned you?” he asked.

“Then I will not as well. Samantha…”

Her lips trembled. How did he know her name?

Usually she would be upset at any preacher daring to speak, but this one was different. He saw her, and in front of everyone he protected her. He rose to his feet and she followed suit. Stepping back, he gazed at her. Men gazed at her all the time and she knew lust when she saw it. This preacher wasn’t like them. He gazed at her as if she was the most precious person to him, and for the first time she considered that God must truly love her.

She didn’t want to leave but she felt she should go freshen up a bit before coming back and getting to know this preacher, for she perceived he wasn’t a preacher after all. She knew he was watching her as she walked off and knew that even though he was behind her he could see her smile.

And so it is today, ladies. No matter your mistakes, it is God’s will that you stop self-blame, guilt, and shame. He SEES you and knows that you should never be the sum of your mistakes. He sees everything that fed your choices and understands. There is a “whole” new you that deserves to emerge. Believe that because He does.

Enjoy the movie TRAIN, which shows how love can cover shame.

Thanks for reading. Join our Facebook Group,  let’s talk. 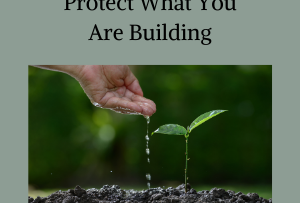 Protect What You Are Building 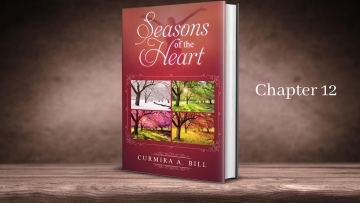 Seasons of the Heart: Reconciliation 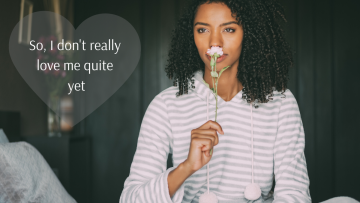 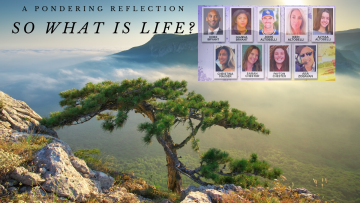 So What is Life?